Will India be a one-man band again?

Will Australia's bowling attack see them home? W e're coming up to possibly the most anticipated series of the four Test matches between Australia and India, at the tail-end of a year that has not been short on incident for either side.

Ian Chappell and Sanjay Manjrekar look ahead to the action in a conversation moderated by Raunak Kapoor. Raunak Kapoor, ESPNcricinfo presenter: What are you most looking forward to from this series - from a cricketing point of view? Ian Chappell, former Australia captain; commentator: Despite Australia's struggles, if they've got everyone fit, they've got a very good attack, and I'm particularly looking forward to the competition between Australia's pace bowlers and Virat Kohli.

That should be a great contest. Last time he was here, Kohli played really well. The other thing that I think will have a big effect on the series: I was really impressed with how the Indian fast bowlers bowled in England.

They got the ball to move around. I'm not sure they will get the same kind of assistance in Australian conditions, so I'm interested to see how they bowl, and I think those two things could tell a big story in the series. Sanjay Manjrekar, former India batsman; commentator: Best chance for India to put up a fight in Australia.

Unbelievable that India have never won a series in Australia. 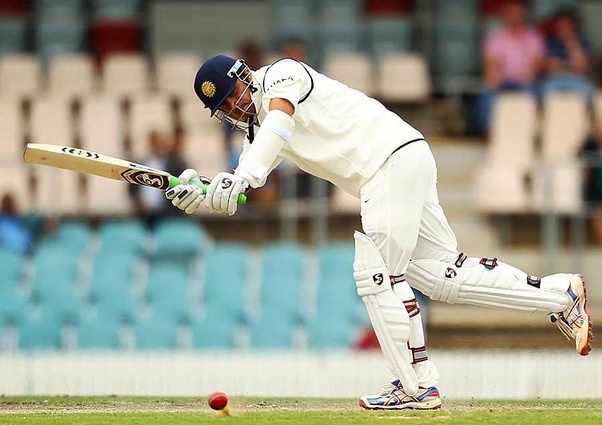 The first tour was in and they have never won, so that is something they must look to address for a nation that has got so much going for them. It is the most popular sport, their cricket board is the richest, they have got the support staff they wanted, but still the overseas issue continues to haunt India. It is embarrassing for India to have this kind of record.

Australia are a weakened team, but like before the England tour, I am a little worried about the Indian batting. Kapoor: I am curious about what you make of all this talk around the Indian team, Chappelli. Virat Kohli and Ravi Shastri have talked about it being the best Indian team, despite not having won in England and South Africa earlier this year. So it is pretty flimsy evidence but I am going to pick Australia" Chappell. Chappell: I think it is one of the better teams to come from India, and certainly, as far as the fast bowlers are concerned, they are better suited to Australian conditions than any other pace-bowling attack I have seen come from India.

But while things look good on paper for India, that has got to be translated into form on the field. Kapoor: Sanjay, is this the best bowling attack India have taken to Australia, all things considered? Manjrekar: Yes, definitely, and I wish this team combined India's batting of the early s with this bowling attack.

You would have seen India beat Australia. Unfortunately, while the bowling has gotten strong, the batting has not quite measured up. There is a glimmer of hope in Prithvi Shaw. I was excited watching him in the home series against West Indies. But if you look at the batting line-up, apart from Kohli, nobody is at the top of their game.

The batting graph of all these batsmen was on a dip in England and that is what hurt India the most. So yes, the best bowling attack but not the best team to go to Australia, purely because of the batting. Kapoor: Looking at the bowling first - thoughts on whether Bhuvneshwar Kumar will be effective?


Chappell: Perhaps, under certain circumstances, he could be useful in Australia. If a Test was being played at the WACA in Perth, he would be the into-the-wind specialist, but because they have now moved to the new stadium and it is encircled by large stands, you mightn't have the same effect of the Fremantle Doctor coming in, and that's what assisted the swing bowlers and made it almost mandatory that you had to have a swing bowler to come into the wind.

So without knowing how the new stadium will play, that's one game where you could consider Bhuvneshwar Kumar. Play Podcast: Will India be a one-man band again? In the absence of Hardik Pandya , do you look at him as not just a bowler but someone who adds balance to the team? Manjrekar: Bhuvneshwar would not be in my XI for the first Test, purely because he would find it difficult to dislodge the three seamers who are likely to play in the first Test on current form, fitness, everything. Ishant Sharma was very consistent in England, so he is your perfect third seam option.

Jasprit Bumrah is the leader of the attack. Mohammed Shami was pretty impressive in England, so Bhuvneshwar would find it difficult to dislodge these three.

Maybe in the second Test, at Perth, he might have an opportunity, but the Bhuvneshwar Kumar we saw in South Africa and the one we are seeing now, post-injury, he is not the same bowler. I would be very surprised if he is picked for the first Test.

And after that it depends on the performance of the other three seamers. Manjrekar: If you have Rishabh Pant batting at No. Kapoor: Chappelli, the excitement seems to be around Bumrah because of the x-factor, the slightly different angle he brings. You saw a different sort of bite in the Indian bowling when Bumrah entered midway in the England series, though one concern was that a bit of fatigue set in by the time of the last Test. He bowled around overs in that series. I would be very surprised if he is picked for the first Test" Manjrekar. Chappell: It's pleasing to know that India are getting into the workload and contentious selections area.

Without knowing what that situation is, I would have Bumrah in my side for the first Test in Adelaide. If it was a day-night game, I would have considered Bhuvneshwar Kumar, but not in a day game. But I would consider Bumrah because he would get very good bounce in Australia and he is the sort of bowler who seems to hurry the batsmen quite a bit.

Kapoor: There are the same questions around R Ashwin as there were before England. He started the series well but was perhaps arguably one of the biggest disappointments with the ball as it went on. Does he merit a place as the first spinner? Manjrekar: I'll quickly make a point on Bumrah. In this Indian pace unit he's the leader and also the most versatile. It's amazing how quickly he can adjust to pitch conditions and general conditions in different countries.

Ashwin, if they look at the pitch and think it is a pitch for five days, then I think Ashwin is the one you pick. But if there are signs that the pitch can become a real turner, then maybe [Ravindra] Jadeja might come into the equation. If it's a good pitch in Adelaide, Ashwin will be the first-choice spinner for me. Chappell: Yeah, that is Australia's big hope in the series. There are a lot of queries about the batting line-up, but as long as that attack is fit and in form, they are going to restrict India.

The big question is whether they can keep Virat Kohli in check. If they can do that, then they will restrict India, and then obviously the Australian batsmen don't have to make as many runs. Manjrekar: What will make this series interesting is that there is quality in the Australian bowling but not so much in the batting - just like for India. I expect the pitches to be easier to tackle for the Indian batsmen after their experiences in South Africa and England.

Here there is a likelihood that there will be another batsman joining Virat Kohli, and India are likely to put more runs on the board, like they did last time, when Ajinkya Rahane and M Vijay were also getting runs. They often overwinter as young nymphs or adults, as camel crickets have the ability to live without sufficient food sources. Females will lay their eggs in early spring, preferring dark, warm and humid areas. These eggs will then typically hatch during April.